UPDATE: On October 17th, 2019, Divi 4.0 was finally released, featuring their brand new Divi Theme Builder.
You can read all about it in my Divi review! 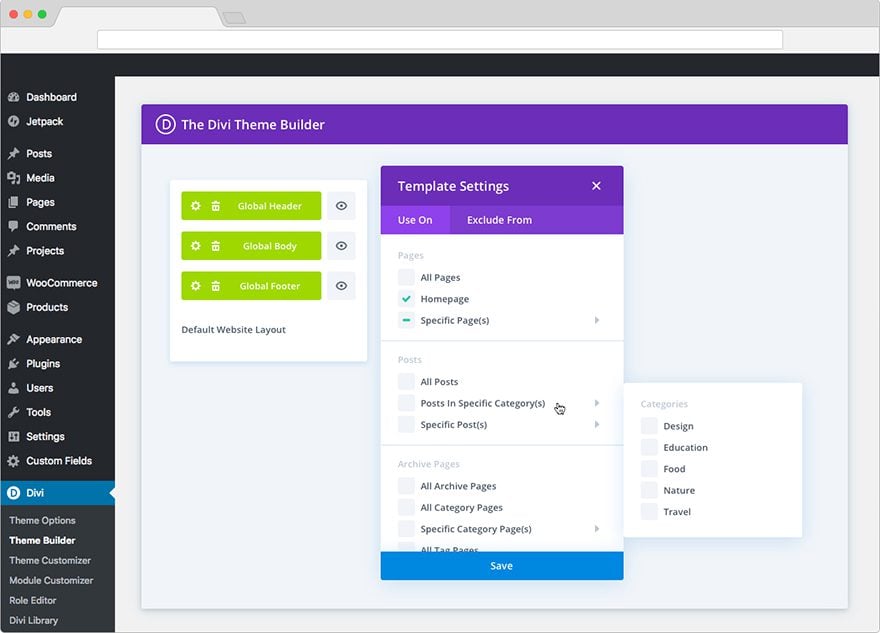 First and foremost, Divi 4.0 will feature the brand new Divi theme builder, which will finally allow Divi users to edit every piece of the page: not just the content but also the header, footer, sidebars, menu etcetera.

Of course, everything can be done using the Divi visual builder.

Update: Divi 4.0 will be released on Oktober 17th! At April 12, 2019, Nick Roach, the owner of Elegant Themes, finally broke the radio silence about the release date of Divi 4.0. In the Divi Theme Users Facebook Group, he posted a message stating “Theme Builder, Global Defaults and WooCommerce Builder are all in the works and will be released soon.”

That’s nothing new, they’ve been saying that for months already. However, this time Nick actually added a time frame:  “Within the next month or two“. Well, that’s about time! So after a full year of waiting, it looks like we’re finally going to get Divi 4.0 very soon!

So those “next month or two” came and went, without the promised updates 🙁 Well, we got the global defaults in July, but for the theme builder, we only got “it’s in the process of Q&A testing”.

Until today, because today Nick posted a topic in the Divi Theme Users Facebook group that the
Theme Builder will finally be released in the next four weeks 😀 Let cross our fingers!

Today Nick posted another topic in the Divi Theme Users Facebook group – this time with an official release date for Divi 4.0, which of course features the new theme builder!

Divi 4 will launch on October 17th.

That’s another delay: on September 4, Nick promised it would be released in the first week of October at the latest. But at least we have an official release date for Divi 4.0 now! 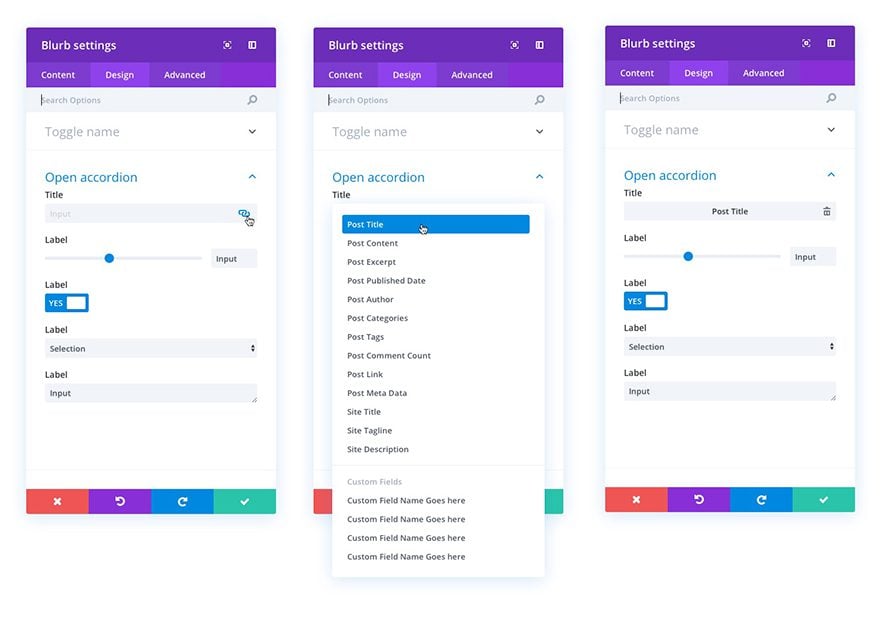 The second feature in Divi 4.0 will certainly be Dynamic Content. This makes it possible to insert data from the database anywhere you want. This is necessary to build archive pages, custom single post templates etc.

Dynamic Content has been implemented since October 11th! However, we’ll still have to wait for the theme builder to make it really usefull.

Another long awaited feature in Divi 4.0 will be global defaults. This is something that Divi really lacks at the moment. You can customize just about any element, but there’s no place to set global options for a specific element or module.

That makes it really hard to keep a consistent design and it’s something Divi users have been complaining about for years already.

The new Divi global defaults feature will let you set default settings for all modules.
Not in the theme customizer, but in the module itself by flipping it over 🙂 That way, you don’t even have to leave the module or page.

Of course, you will have to confirm before everything is updated and you can also undo your changes if you don’t like them after all.

So the global design for modules will be done this way, which is fine. But they also need a way to set a global style for things like headings so you can change the font, color or size of all h2 tag for example, no matter in what module they are.

Also, Elegant Themes has to make sure users can choose whether or not to keep changes made in individual modules, as well as templates stored in the library. 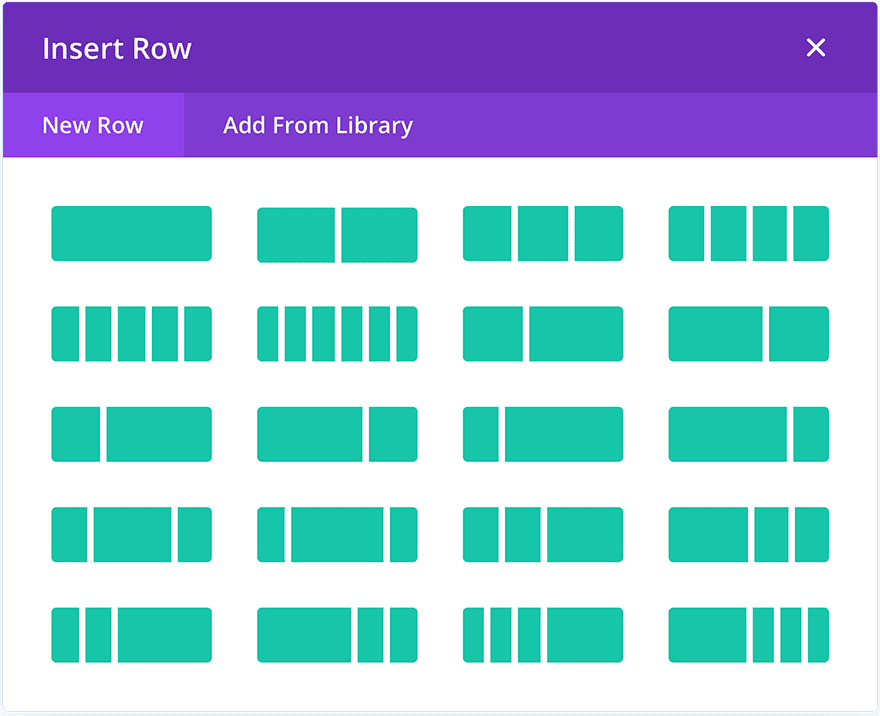 This should be a relatively easy one to realize for the Divi developers, but the sneak peek was more than 2 months ago and it’s still not rolled out yet. Therefor, it will probably be part of the Divi 4.0 update.

Or maybe it’s taking so long because they want the same flexible column system as Elementor, which lets you just drag the columns to the desired width.

Divi implemented this update on August 30th, but they also sneak peeked a whole new implementation of columns. In the near future, columns in Divi will be added as a module, giving you total control over column styling with animations, borders, shadows, color filters and all other option you have with any other module.

They also announced that you will be able to drag columns to the size you want soon!

The implementation of columns described above has been implemented on June 20th.
We still can’t drag columns to the desired width though, but it’s a major improvement nonetheless! 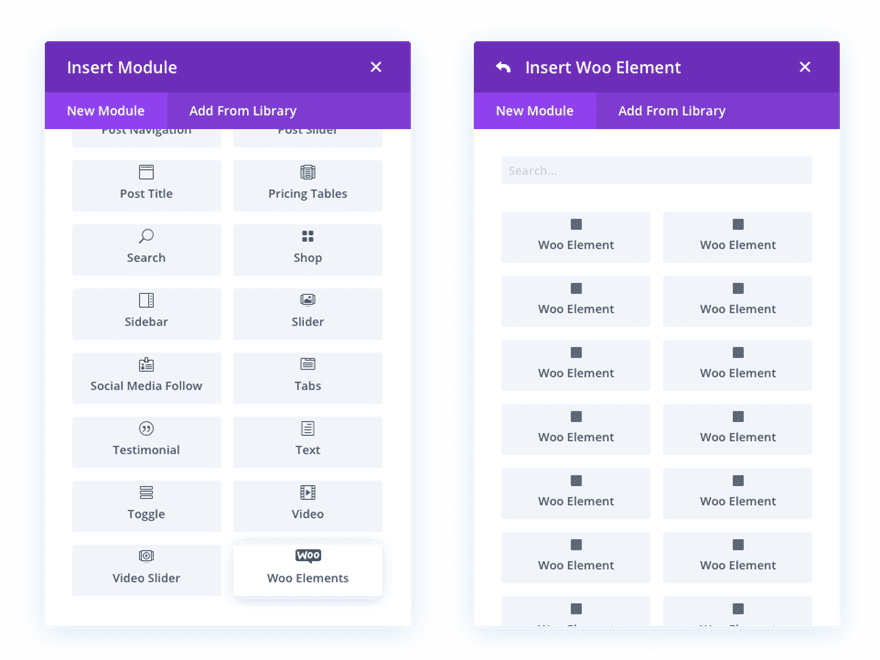 WooCommerce is the most popular webshop plugin for WordPress. You can use WooCommerce in Divi already, but you have no (or very limited) control over how your shop page, archive page, product page, cart page and checkout page will look.

That will change with Divi’s upcoming WooCommerce builder. This will allow you to place every element where you want with the Visual Builder. So you can control the size of the product image, the position of the price and add to cart button, where to show the reviews etcetera.

This will give you great design freedom when you’re building a webshop!

In my opinion, these will be the most important features in Divi 4.0. These are all features Divi users have been requesting a lot, and Divi really needs those updates so they don’t lose their customers to builders like Elementor or Oxygen.

The future for Divi looks great, so get your lifetime licence now!

Bob The Web Builder, the author of this Divi review, is a professional Divi website builder who knows this popular theme inside out. This website is also Divi, and almost half of my portfolio sites are Divi as well. And from just
€ 1695 excl. VAT, Bob will build you a beautiful Divi website too!

Get a free quote now!Buy Divi yourself

This article contains affiliate links. That means I get a compensation when you buy one of the page builders mentioned in this article. The price you pay is still the same so it won’t cost you anything, but it will help me to help you with these kind of free articles.
So if you’re going to buy one of the page builders above, I would really appreciate it if you use this link 🙂 And there’s a little surprise in it for you too 🙂

Do you already own Divi or are you going to use another page builder, but still want to help me out? Then I would really appreciate it if you would make a small, one time donation via the button on the right 🙂